Bulgarian employers will significantly slow down the hiring pace in the October 2022 – March 2023 time frame. According to the third prospective research of the Bulgarian Employment Confederation (BEC), 14% of all surveyed 1100 companies from five regions in the country plan to reduce manpower in the next six months compared to 6% for the same period last year. In addition, 43% forecast staff increases and the share of employers from twelve industry sectors who will keep their personnel is the same. Thus the net employment rate, or the difference between the employers who plan to reduce staff levels and those who forecast to increase them, stands at +29% which is a decline of 11% compared to the previous research period.

‘The survey results illustrate the alarming situation in both Bulgaria and across the world. The rampant inflation and ever-rising prices may result in salary increases, however, they will not catch up with the rapid devaluation. This is the reason why many employers have already taken measures for serious cost-cuttings, including layoffs and hiring freezes,’ commented Nadia Vassileva, BEC chairperson. ‘We should also consider the fact that since the survey began the percentage of employers who are not sure about their hiring intentions is zero. That is, economic insecurity does not give any cause for planning team growth. However, now is the time that they rethought what talent they will be in need of once the storm blows over.’

Employers in all twelve sectors included in the survey share positive and yet modest hiring plans. Information Technologies (+30%), Outsourcing (+13%) and Manufacturing (+10%) employers share once again the most optimistic forecasts for the next six months despite the fact that all three of them register a significant decline of 19%, 18% and 14% respectively. In the Retail Trade and Transport, Storage&Communication sectors the employment rate stands at +10% and +8% — a growth of 5% and 3% respectively compared to the previous six months. Hotels&Restaurants (+5%), Construction(+4%), Electricity, Gas&Water (+4%) and Agriculture (+4%) register an increase of one and two percentage points.

‘If until recently employees enjoyed the luxury of hand-picking job opportunities, today they feel the scourge of inflation and their worries keep growing. That is why many will prefer to stay at their current workplace while others will try to make a living in the big cities,’ added Nadia Vassileva.

About the Bulgarian Employment Confederation

The Bulgarian Employment Confederation is a non-profit organization that brings together the expertise of the leading HR services companies in Bulgaria, combines creativity, innovativeness, modern digital solutions, adaptability and knowledge of the latest global trends in the human resources field. The confederation’s key objective is to form a sustainable partnership with all industry companies in order to build a healthier work environment in Bulgaria. We are not afraid to ask questions and pinpoint the problems of the job market and the labor legislation. This is how we strive to solve them and help the adequate functioning of the labor market: www.bec-bg.co 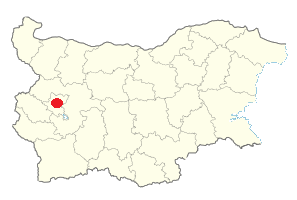 Are You a Fan of Original Illustrations? The Biennial of Illustration Welcomes Its Third Edition!Articles